Mia Mischief, who became Into Mischief’s first Grade 1 winning daughter with a win in this year’s Humana Distaff, will be offered by Elite Sales at the Fasig-Tipton November Sale’s Night of the Stars on November 4. The four-year-old filly is owned by Bill and Corinne Heiligbrodt, Heider Family Stables and Madaket Stables.  She was picked out by the “King and Queen of Speed”, the Heiligbrodts, and has resided in the barn of Steve Asmussen from the outset of her career.

“Mia Mischief is a superstar by the hottest stallion in America. She was a brilliant two-year-old, three-year-old and four-year-old, finishing first or second in 13 of 17 starts. She beat the best and she did it with blazing speed in a devastating style,” said Elite Sales’ Bradley Weisbord.

Mia Mischief’s crowning moment came in this year’s Grade 1 Humana Distaff, when she ran away from a field that included Grade 1 winners Marley’s Freedom and Spiced Perfection, to win by 1 ¾ lengths, earning a career high Beyer Speed Figure of 97. In her very next start, she defeated Grade 1 Test winner, Covfefe, after throwing it down with fractions of 21.38 and 44.41, in the Roxelana Stakes at Churchill Downs.

Mia Mischief has displayed star quality throughout her career, beginning notably when she broke her maiden by 16 ¼ lengths at Keeneland, running a ¾ on the Thoro-Graph sheets, the fastest two-year-old number of the year for fillies, in October of 2017. At three, she took the Purple Martin Stakes at Oaklawn by 8 ¼ lengths before going gate to wire in the Grade 2 Eight Belles at Churchill Downs. She went on to run second, beaten just a neck in the Grade 1 Test at Saratoga, after a stretch long duel with multiple Grade 1 winner Separationofpowers.

A daughter of red-hot sire, Into Mischief, Mia Mischief is out of the Speightstown mare, Greer Lynn, who is in-foal to War Front for a 2020 foal.

“Speed is our thing and Mia Mischief is one of the fastest we’ve ever owned,” said co-owner Bill Heiligbrodt. “Not only is she fast, but Corinne and I also recognized her as a superior physical, offering size and scope, placing her at the top of our list of Into Mischief offspring. We’ve won two Tests and Mia’s nose defeat kept us from our third. Derby day is special; the Humana Distaff is special. We’ve run numerous superstar fillies in the Humana Distaff and were not able to get it done before Mia. It was a celebration we’ll never forget.” 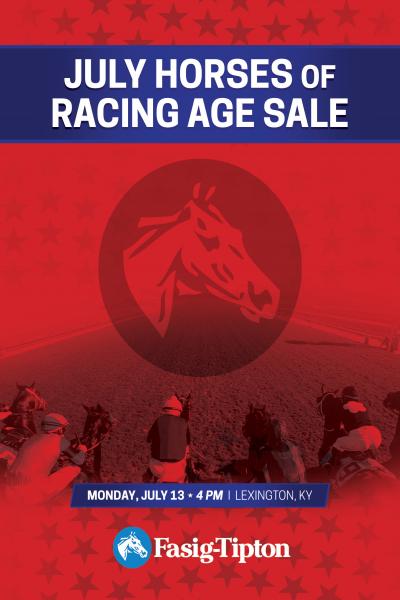