Formed in 1898 by William B. Fasig and Edward A. Tipton, Fasig-Tipton Co. is North America’s oldest Thoroughbred auction company.

The company currently operates 12 sales annually in four locations, serving horsemen and -women in the heart of Thoroughbred country in Lexington, KY; supporting the exceptional regional programs of the Midlantic states in Timonium, MD and New York in Saratoga Springs, NY; and at the exhilarating championship meet at Gulfstream Park in Hallandale Beach, FL.

With exceptional business relationships around the world and a variety of both selected and open sales, Fasig-Tipton creates a strong market and advantageous opportunities for buyers, consignors, owners, and breeders operating at all levels of the industry.

After Fasig’s death in 1903, Tipton took on Enoch James Tranter as his partner. Tranter changed the old catalogue pages, which listed up to 30 dams, to focus on a horse’s immediate family members in racetrack performance and production. That change is still reflected in the sales catalogues of today. Fasig-Tipton also was the first auction company to require certificates of health and pregnancy at broodmare sales.

Fasig-Tipton’s Saratoga sale of selected yearlings is one of the premier horse auctions in the world. It has roots that stretch back to 1917 when Fasig-Tipton formed an alliance with some of the top Kentucky breeders to sell their yearlings during the race meet in upstate New York. The great Man o’ War sold as a yearling at the 1918 Saratoga sale.

Humphrey S. Finney, for whom the Saratoga sales pavilion is named, announced his first sale for Fasig-Tipton in 1937. In his 1974 autobiography "Fair Exchange", Finney wrote about an auction company’s need to know about the horses and the value of what they are selling. That commitment to horsemanship and customer service remains a focal point for Fasig-Tipton today.

During World War II breeders could not freely ship yearlings around the country, so the Saratoga sale was put on hold. In 1943 Fasig-Tipton held the sale in a tent at Keeneland Race Course in Lexington. Fred W. Hooper Jr. purchased 1945 Kentucky Derby winner Hoop Jr. for $10,200 at the ’43 sale.

It was not until 1972 that Fasig-Tipton established its permanent Kentucky headquarters in Lexington, from which it initiates a year-round sales schedule for Thoroughbred auctions across the country.

The highest-priced broodmare of all time, Broodmare of the Year Better Than Honour, sold for $14-million at the 2008 Fasig-Tipton Kentucky selected fall mixed sale.

Finney and Joe O'Farrell, the pioneer of Thoroughbred breeding in Florida and founder of Ocala Stud, combined their talents in 1952 to put on the first two-year-olds in training sale at Hialeah Park. When additional training sales started in California, Maryland, Kentucky, and Louisiana, it was Fasig-Tipton conducting the auctions.

Fasig-Tipton’s Florida two-year-old sale has long been the worldwide leader, producing more stakes-winning graduates than any currently operating two-year-old in training sale. "The Florida Sale" alternated between Calder Racecourse and Hialeah Park from 1983 through 2010. In 2015, the sale was relocated to Gulfstream Park and re-branded as The Gulfstream Sale. It is the only prominent Florida two-year-olds in training sale conducted on dirt. Kentucky Derby winners Monarchos and Nyquist, as well as dual Classic winner Risen Star, Japanese champion Kurofune, and North American champions Left Bank, Stevie Wonderboy, and Gio Ponti are just a few of the horses who have made "The Florida Sale" a premier event for international buyers. In 2006, "The Florida Sale" set an all-time record for most expensive horse sold at public auction when The Green Monkey hammered down for $16 million.

The Fasig-Tipton Midlantic Two-Year-Olds in Training Sale, established in 1986 in Timonium, Maryland, holds the current record for most expensive Thoroughbred sold at public auction in Maryland, a filly which sold for $1,800,000 in 2019. Notable graduates of the Midlantic two-year-old sale include two-time Breeders' Cup Turf Sprint winner Mizdirection, classic winners Bayern and Dortmund, and G1 winners Poseidon's Warrior, Lady of Shamrock, Dance to Bristol, and Eden's Moon.

In 2019, Fasig-Tipton will expand operations to California, holding two sales in partnership with the Stronach Group at historic Santa Anita Park.

In June, the Santa Anita Two-Year-Olds in Training sale will become the second such sale to operate at a major track during an active race meet. Buyers will watch juveniles work over Santa Anita’s one-mile dirt racetrack against the iconic backdrop of the San Gabriel Mountains during traditional dark days of the track’s spring/summer meet.  After the summer sales, Fasig-Tipton will return to California to offer yearlings ahead of Santa Anita’s fall meet.

Synergy Investments Ltd., a Dubai-based company headed by Abdulla Al Habbai, purchased Fasig-Tipton Co. in 2008. The Hettinger family, led by John Hettinger, had been Fasig-Tipton’s majority shareholder after guiding the company through the industry struggles of the late 1980s.

With a promise to continue Hettinger’s passion and support for the industry, Synergy has updated and modernized Fasig-Tipton’s sales facilities in Lexington, Saratoga, and Timonium as well as increased its profile internationally with the addition of representatives in Australasia, Europe, and South America. Fasig-Tipton has also made considerable technological upgrades as part of its longtime company commitment to unparalleled customer service, as well as worked to further promote North American racing and breeding throughout the world. 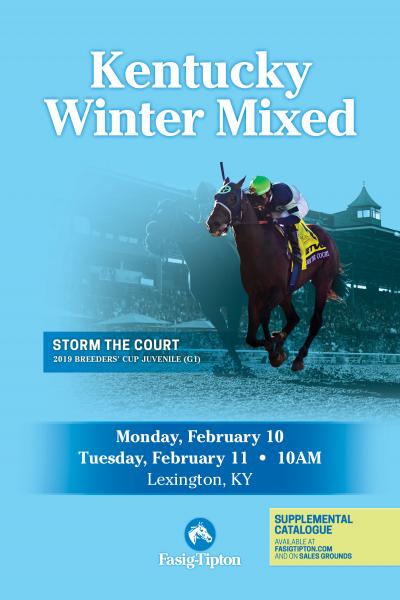 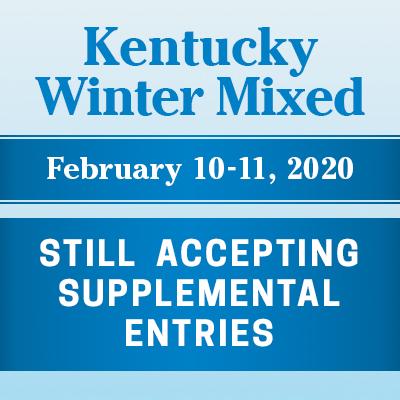