A colt from the first crop of current leading Freshman Sire Constitution proved most popular during the first session of the New York Bred Yearlings sale held Sunday night in Saratoga Springs, NY.

Offered as Hip 342, the session-topping Constitution colt sold for $340,000 to John Terranova, agent from the consignment of Blake-Albina Thoroughbred Services, agent (video). The bay colt, a half-brother to two winners out of the Arch mare Akris Moon, is from the immediate family of European champion Hold That Tiger and Grade 1 winning millionaire Editor's Note. Hip 342 was bred by Newtownanner Stud.

The session's top filly came in the form of Hip 380, a daughter from the first crop of Eclipse champion Runhappy consigned by Gainesway, agent (video). Oracle Bloodstock, agent for Reeves Racing/R.A. Hills, et al went to $300,000 to secure the filly. Hip 380 is the second foal out of the stakes placed Curlin mare Charismata, from the immediate family of Grade 1 winner General Quarters.

"It was a pretty consistent marketplace tonight," concluded Browning, adding that due to the change of format between 2018 and 2019, statistical comparison to last year's first session could offer only limited insights.

"We've got a lot of outstanding horses tomorrow," he added. 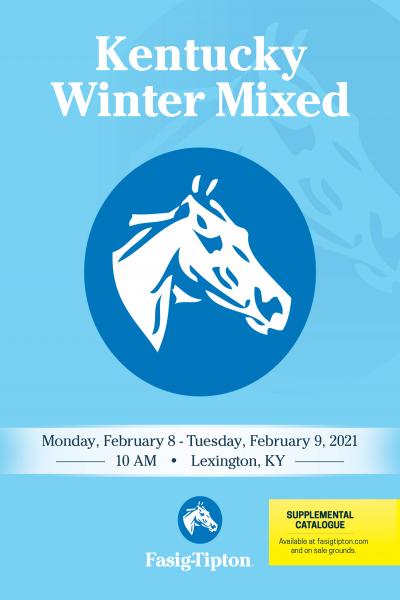