A colt by the late Empire Maker topped the session when sold for $750,000 to St. Elias Stables from the consignment of Machmer Hall Sales, agent (video). The colt's price tag matched that of the most expensive colt – and third most expensive yearling – in the sale's history. Offered as Hip 513, the dark bay or brown colt is out of the Street Cry (IRE) mare Stop Time (GB), a daughter of French One Thousand Guineas (G1) winner Musical Chimes. The immediate family includes five-time Grade 1 winning millionaire Music Note, dam of this year's Dubai World Cup (G1) victor Mystic Guide. Hip 513 was bred in Kentucky by the late Tom Conway and Calvin Crain.

"It was a great session, record-breaking in all regards," said Fasig-Tipton President Boyd Browning. "More important than that was… the continued level of activity. (It was an) energetic crowd. It's a pretty fun time to be selling horses right now."

The session's top filly came in the form of an Ontario-bred daughter of Uncle Mo which sold for $450,000 to West Bloodstock, agent for Repole and St. Elias (video). Breeder Sam-Son Farm consigned the filly as Hip 469. She is a half-sibling to five winners out of the winning Seeking the Gold mare Song of the Lark, including Canadian Horse of the Year Up and champion colt With the Birds (Stormy Atlantic), who won Belmont's Jamaica H. (G1) and earned $1,379,841. The filly's second dam is Canadian champion Wilderness song, also a millionaire and Grade 1 winner in the U.S.

Rounding out the top five prices of the session were:

"I sound like a broken record after every good session or every good sale," added Browning. "It's because people give us better horses that it goes so well. We're in a market that's strong, but it's strong because men and women are trusting us, bringing better quality horses to the sale both in terms of pedigree and in terms of conformation. It's a combination of factors that's leading to these results and we're thankful and we're going to do our best to continue this momentum for the next two days."

The Kentucky October Yearlings sale resumes Wednesday at 10 AM. Results are available online. 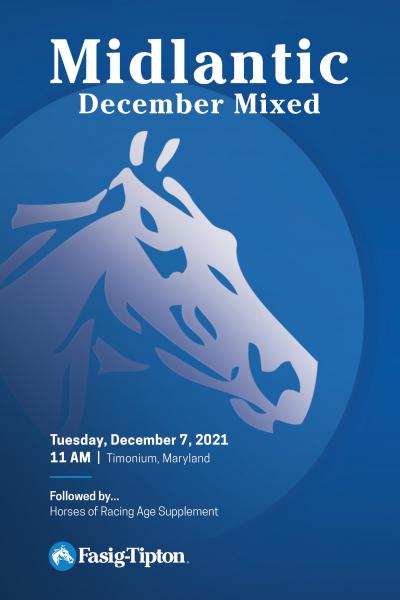